If you are traveling Hwy 99 in California this holiday season: Watch out for the truth!

The 1st of 4 Billboards in California is up now, did you know that healthy children are dying after their vaccines?

For more information about vaccines and reactions, please visit http://circleofmamas.com

As you read this article, ask yourself what you would do if your otherwise healthy child died days, weeks, or months following their vaccinations; but your pediatrician nor the vaccine manufacture are legally liable because of a law that passed in the 1980's protecting them from liability-their is no standard autopsy testing to decipher whether shots are linked to causation, unless you pay out of pocket and seek an outside source to do in depth testing on slices of your childs organs, if you happen to know which testing to request under these circumstances which most people do not- Not only can you not prosecute the murderer of your child but, the world is now pointing their fingers at you.

"The US Congress passed the “National Childhood Vaccine Injury Act” (NCVIA) in 1986, which was to "leave judgments about vaccine design to the FDA and the National Vaccine Program rather than juries," ~ Justice Antonin Scalia wrote

No Vaccine manufacturer shall be liable in a civil action for damages arising from a vaccine-related injury or death associated with the administration of a vaccine after October 1, 1988, if the injury or death resulted from side effects that were unavoidable even though the vaccine was properly prepared and was accompanied by proper directions and warnings"

People across the globe are debating the hot topic of vaccinations as laws change, freedom is taken away and people are injured/killed. Miscarriage is now linked to vaccinations especially the Flu shot and Tdap yet pregnant people are pushed daily to accept injections or be heavily judged and threatened. Newborns and children are pumped with heavy toxins daily, every other month without anyone batting an eye and finally the world can SEE the huge group of injured or grieving families are coming together, waking up, spreading awareness.

Evee Clobes and Nicholas Catone both died in their sleep within the following days of receiving their standard vaccine injections to which their in depth autopsy reports prove- "SIDS" is not a diagnosis: Ultimately Vaccines infiltrated their tiny bodies and killed them.

"The first of 4 billboards in California's central valley, is up! We were hoping to go live on location last night but the board was put up this morning. This first board is in the heart of District 10 (Pan) and is a high traffic area. These boards will be up for 8 weeks, over the Thanksgiving holidays!

This was a team effort with Evee's Mom, Catie Clobes, Nicholas's parents, Marjorie and Nicholas Catone, Brittney Brightside with TPPJO, Jessica Vanhille-Hart and Rachel Williams. Thank you to everyone in our community who donated! We honor Baby Evee and Nicholas.

Two more boards with this same design, go up next week. Jessica, Rachel and Brittney will be on location live, with local community members to show you each board! Stay tuned and please share! ❤ "

The Positive Pregnancy Journey Organization's WombSisterhood is a safe online community to connect with other people, professionals and parents seeking the truth. Whether you vaccinate or not, you deserve to have a censorship and judgement free zone to be able to learn all of your options founded on evidence based research and be surrounded by those willing to support and walk you through reaction, injury or death due to vaccines if circumstances arise.

HERE IS THE STORY OF NICHOLAS CATONE:

HERE IS THE STORY OF EVEE CLOBES:

A MESSAGE FROM CATIE:

"The medical examiner's office has already sent about 80% of Evee's tissues and remains to a holding facility, but she is still refusing to give up the 12 tissues blocks where the cellular infiltration was found. This makes no sense! If it means changing a legal statute next year so that I will be able to get my daughter's tissues out of that corrupt office than so be it.

Also, new information found in a data request of mine and Evee's name have revealed disturbing emails to support the examiner's corruption in my daughter's case. Anyone involved in falsifying documents and deliberately changing Evee's cause of death to try and stop my pursuing the truth are being reported, and legal action will ensue.

Nobody should have the authority to do what has been done to Evee, myself, and my family. Nobody." -Catie Clobes

"You may have never heard of VAERS, or Vaccine Adverse Event Reporting System. And that’s ok. But you need to know about it now.

VAERS is a national, voluntary reporting system designed to help monitor the safety of vaccines. The problem is, because it’s voluntary, hardly anyone submits vaccine adverse events.

A 2011 report found that less than 1% of adverse events following immunization are ever reported to VAERS.

In 1978, the same year as the Tennessee SIDS Cluster, there was one vaccine injury lawsuit filed. DPT Vaccine Roulette came out in 1982, followed by Barbara Loe Fisher’s A Shot in the Dark which told stories from parent’s perspectives about how their perfectly healthy children experienced severe brain damage or death after routine vaccination. Vaccine injuries were reported in the news and on TV. By 1984, there were 73 vaccine injury lawsuits filed, and the average amount claimed per suit skyrocketed from $10 million to $46.5 million.

Parents–yes parents–were crippling the vaccine industry. In the mid-1980s, vaccination coverage had dropped to about 60% (meaning only 60% of 2-year-olds had all their recommended vaccines) and public confidence in vaccination tanked. And there were only 3 vaccines on the schedule at this time: DPT, Oral Polio and MMR (and technically only one shot for infants under 1 because oral polio was oral.)

In an act of cowardly desperation, Congress passed the National Childhood Vaccine Injury Act in 1986, releasing liability from Big Pharma. After 1986, a person’s life was capped out at $250,000. This newfound freedom incentivized Big Pharma to bring a flurry of new vaccines to market. The CDC is quick to mandate them, and slow as a snail to monitor their safety. They somehow convinced parents their newborns needed a vaccine for an STD. When did people stop thinking critically?

How are we supposed to understand the true risk and safety of vaccines if the data is never collected in the first place?

Why aren’t physicians required by law to report all serious Adverse Reactions?

Or at least inform parents and vaccine recipients that VAERS exists?

Don’t we all want to make sure vaccines are really safe?

Per the 1986 National Childhood Vaccine Injury Act, physicians are only required by law to report a few specific adverse events following vaccination: namely Anaphylaxis, Encephalopathy, Shoulder Injury, Vasovagal Syncope, a few others. However, there is no enforcement and no consequence if they don’t.

And astonishingly Sudden, Unexplained Death is NOT on the list.

And don’t forget 29% of healthcare providers had never even heard of VAERS. This means the data reporting is NOT being done when it should be." -Circleofmamas

In a desperate effort to not damage Big Pharma’s fragile reputation, parents are blamed, gaslighted, censored and labeled “anti-vaxxers” even though they LITERALLY vaccinated their child. They were just the unlucky ones. And unlike the selfless casualties of war, they won’t be called heroes.

Evee Clobes died 36 hours after 6 vaccines, in two shots, one of them a 5-in-one.

Remy died the same night as his 2-month shots, where he received 8 vaccines total.

Nicholas Catone died 17 days after one Dtap, at 18 months old.Gemma died 5 days after her 2 month check up.

Madilynn received her 8-week shots, was screaming and fussy, and died the next morning.

Malcolm died 7 hours after his first immunizations at 2 months old.

Donovan died 4 days after his 2-month shots, which were even a little late.

Berit died less than 48 hours of his 2-month shots.

Corbyn was 13 months old and died 14 hours after a flu shot.

Remi Rose died less than 48 hours of a Hep B vaccine she received at 19 days old.Kia died suddenly 6 days after his 2 month vaccines.

Amiah died less than 21 hours after her a Dtap shot she got at 15 months old.

One-year-old Michael Whitesell died three days after getting four shots in October of 2015.

Fifteen-month old Zara Antoinette Shiel passed away in her sleep the day after receiving her scheduled 15-month vaccinations in November 2014.

Six-month-old Lucas Annikan Cage Shull passed away in his sleep of SIDS a few days after getting his very first round of vaccinations in February 2018.

The parents of these children know a pain very few of us will ever experience. It’s something I would never wish on anyone, and it’s the very reason I have this website:

days or weeks after routine vaccination.

We should be listening to them.

VACCINE INJURY AND DEATH IS NOT UNCOMMON.

Did you or your child ever experience a vaccine reaction?

Whether it’s any of these reactions mentioned below, or something not listed:

There is no deadline to file a report

In honor of Evee and Nicholas, do your research and do not let it be your baby. 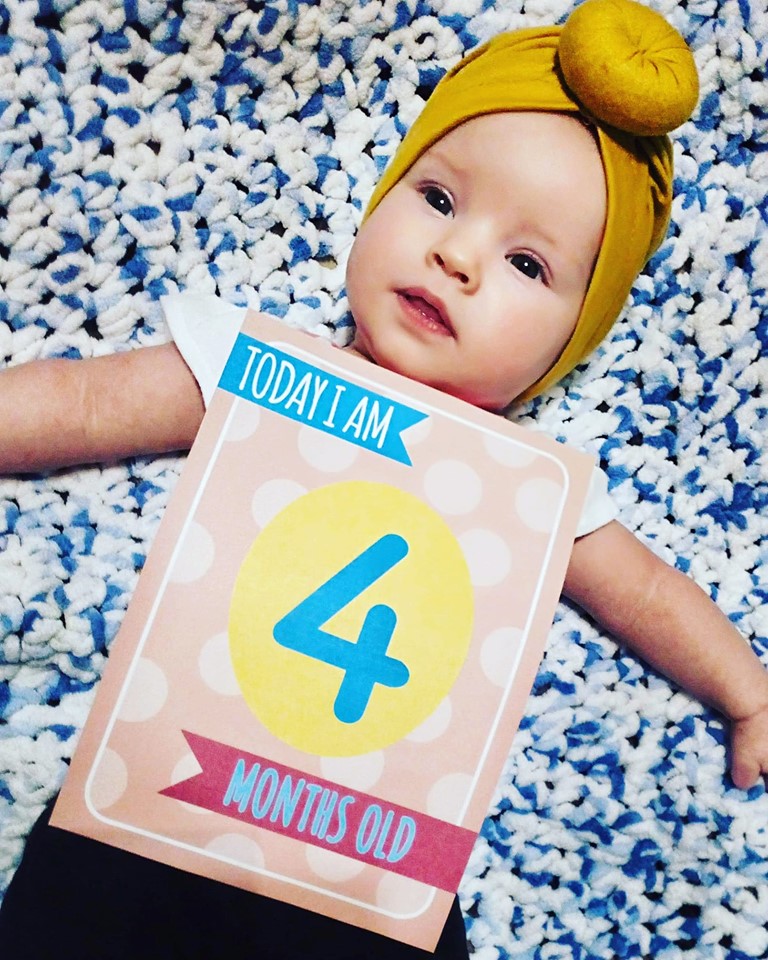 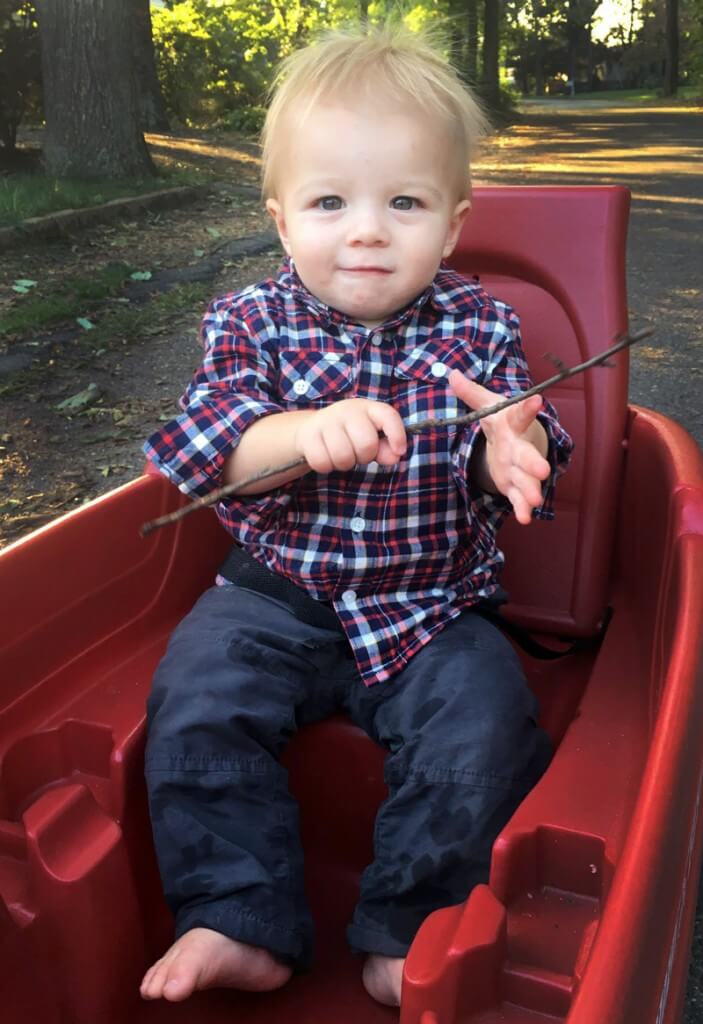